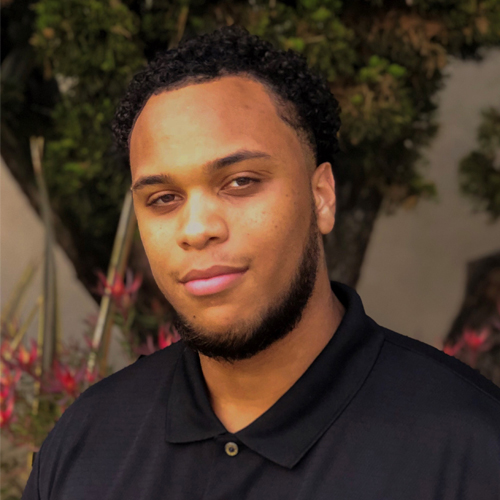 At the tender age of 13 I was placed in the foster care system where I remained until I emancipated at age 21. During my time in the foster care system, I was placed in 2 foster homes and 3 group homes where I would AWOL from placement and ditch my high-school classes. As a teenager, I didn't really have much direction but one thing I had was ambition.

Once I realized the path I was headed down would only lead to homelessness and/or imprisonment, I decided it was time to fix my life. Mid-semester of my junior year in High-School is when I decided to put my best foot forward. I enrolled in an accelerated education program and was able to catch up on my credits while simultaneously working a part time job at a retail store. June 2013 is when I graduated, this was a monumental achievement for me as just a year prior, school counselors attempted to convince me that I was too far behind in credits and predicted that would not be able to graduate with my class. I proved them wrong.

Following high-school I enrolled at Santa Monica College where I began to take my general education courses with the goal of transferring to a four-year university. Between 2013 – 2016 I continued to go to school part-time and work full time. I started off working retail but I soon realized that retail jobs led to nothing spectacular thus I began searching for a "Career" I could advance in rather than a minuscule "Job". I changed my resume to reflect whatever experience the company I was applying to required and soon got hired at companies like Solar City and the United States Postal Service. Although I did enjoy the work I was doing, I had my mind set on working at Los Angeles County. During the year 2014 I applied to a couple of positions in the County, went on a couple of interviews but was never hired. Rather than letting my failures discourage me, I continued to apply to open positions and was eventually hired as a Youth worker in February 2016. This was a major sacrifice for me as the Youth Worker Program is a part-time 18-month internship and at the time I was already working for a company that was paying me no less than $1,400 every paycheck. However, it had been my goal to work for the County and that was a sacrifice I had to make to get where I wanted to go.

The Youth Worker Program is designed to introduce former foster youth to what could be a long-lasting career in the county while giving us a chance to network with high-level management by having its participants rotate to a new section/division every 6 months. During this time, I had the opportunity to meet some amazing managers who helped me evolve professionally and assisted me in realized my goal of eventually becoming an Administrative Services Manager (ASM) in the County.

11 Months into my internship as a Youth Worker, I was promoted to Career Development Intern (CDI) which is a fulltime 24-month internship with all of the benefits of a permanent county employee. As a CDI, I worked in the Youth Development Services (YDS) Division where we assist youth between the age of 17 – 21 with services such as transitional housing, bus passes, tuition for school, interview clothes and much more. At YDS I had the pleasure of working behind the scenes of a Division where just a few years ago I was banging at the door begging for services and I am pleased to say that all of the staff work very hard and diligently to ensure that us youth, receive all of the services we may qualify for.

I am now 23 years old, have been a CDI for 16 months and am very excited to share with you that in the 1st week of November, I will be promoted again. This time as a full-time permanent employee. My 25-month internship with Los Angeles County has been full of twists and turns but in the end I have learned so much and have grown in so many ways, both professionally and personally, and am extremely grateful to have been selected for this internship. My plan is to continue school, receive my degree in Business Administration and to promote at least once every 2 years until I reach my goal of ASM.

Throughout my years I have been in and witnessed many situations, I've made a lot of mistakes (still making mistakes) but I have also succeeded in many areas as well, all of those experiences have made me stronger and wiser. I would now like to share some of that wisdom with you.

In conclusion, I hope that me sharing my experiences as a young adult is able to encourage you to reach for success, live your best life, make mistakes but to also learn from them so that one day you can share your experiences and provide wisdom to those who are struggling in life as you once were.